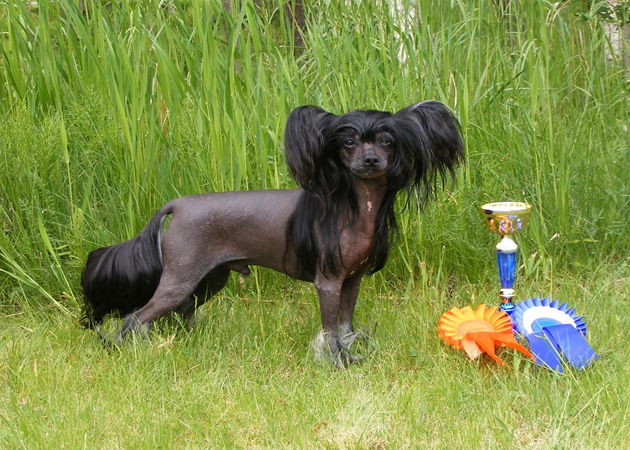 Mozes is a “drop dead gorgeous” pinch black male from Multi Ch. BIS BISS Nikita’s first litter. Already as a little puppy he swept us of our feet by becoming two times Best Puppy Of Breed, BIS 2 at the Swedish Toy Dog Association Show and BIS 3 at the Swedish Kennel Club show in the same weekend only seven months old! But it was his official debut in the junior class where he really showed us what he was made of. Not even 10 months old he became Best Of Breed with CAC and at the next show Best Of Opposite, CAC and BIS- Junior! Mozes has a wonderful temperament and has been provided with long silky crest, super anatomy and amazing movement.

By the early age of 2,5 years Mozes can titule himself Swedish and Finnish Champion! He is our first home bred champion.